Wall Street and the Rise of Hitler 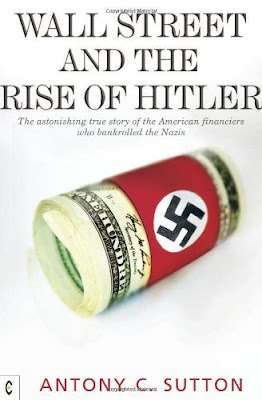 Wall Street and the Rise of Hitler by Antony C. Sutton Download

Name : Wall Street and the Rise of Hitler
Author : Antony C. Sutton
Genre : Nonfiction, History, Politics
Series/Edition :
The contribution made by American capitalism to German war preparations can only be described as phenomenal. It was certainly crucial to German military capabilities.... Not only was an influential sector of American business aware of the nature of Nazism, but for its own purposes aided Nazism wherever possible (and profitable)―with full knowledge that the probable outcome would be war involving Europe and the United States.”
Penetrating a cloak of falsehood, deception, and duplicity, Professor Sutton reveals one of the most remarkable and under-reported facts of World War II―that key Wall Street banks and American businesses supported Hitler’s rise to power by financing and trading with Nazi Germany. Carefully tracing this closely guarded secret through original documents and eyewitness accounts, Sutton comes to the unsavory conclusion that the catastrophe of World War II was extremely profitable for a select group of financial insiders. He presents a thoroughly documented account of the role played by J.P. Morgan, T.W. Lamont, the Rockefeller interests, General Electric, Standard Oil, and the National City, Chase, and Manhattan banks, Kuhn, Loeb and Company, General Motors, Ford Motor Company, and scores of others in helping to prepare the bloodiest, most destructive war in history.
How to Download - Watch This Video
Any problem about downloading or this file, Please Comment..