The Sacred Mushroom and the Cross by John Marco Allegro 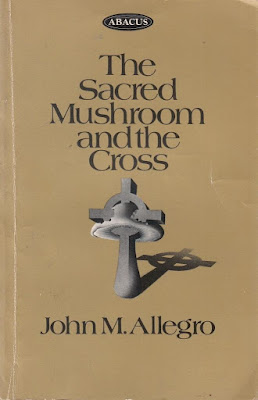 The Sacred Mushroom and the Cross by John Marco Allegro Download

Professor Allegro (Univ. of Manchester) has hitherto been known for his several excellent books on the Dead Sea Scrolls. In an unusual reversal, he has now produced a book that will make The Passover Plot seem the last refuge of theological ultra-conservatism.
The thesis of the book is simple enough: Jesus did not exist, the Gospels were & are a hoax, & Christianity is the atavistic vestige of an ancient fertility cult in which the object of worship was a peculiarly phallic mushroom, Amanita muscaria, capable of producing psychedelic reactions. As farfetched as all this may seem, it cannot be denied that he has brought to this work the same care & scholarly detachment that have characterized his earlier, & more conventional, works; & he has made not one concession to the sensational nature of his thesis.
The book is, in fact, a demanding one, which presupposes in the reader at least a working knowledge of the ancient Semitic tongues & of the sciences considered auxiliary to biblical studies. Only the most determined non-professional iconoclast will be willing to wade through his unrelenting jargon. None of which, of course, will affect the demand for what is probably to become a very controversial work.